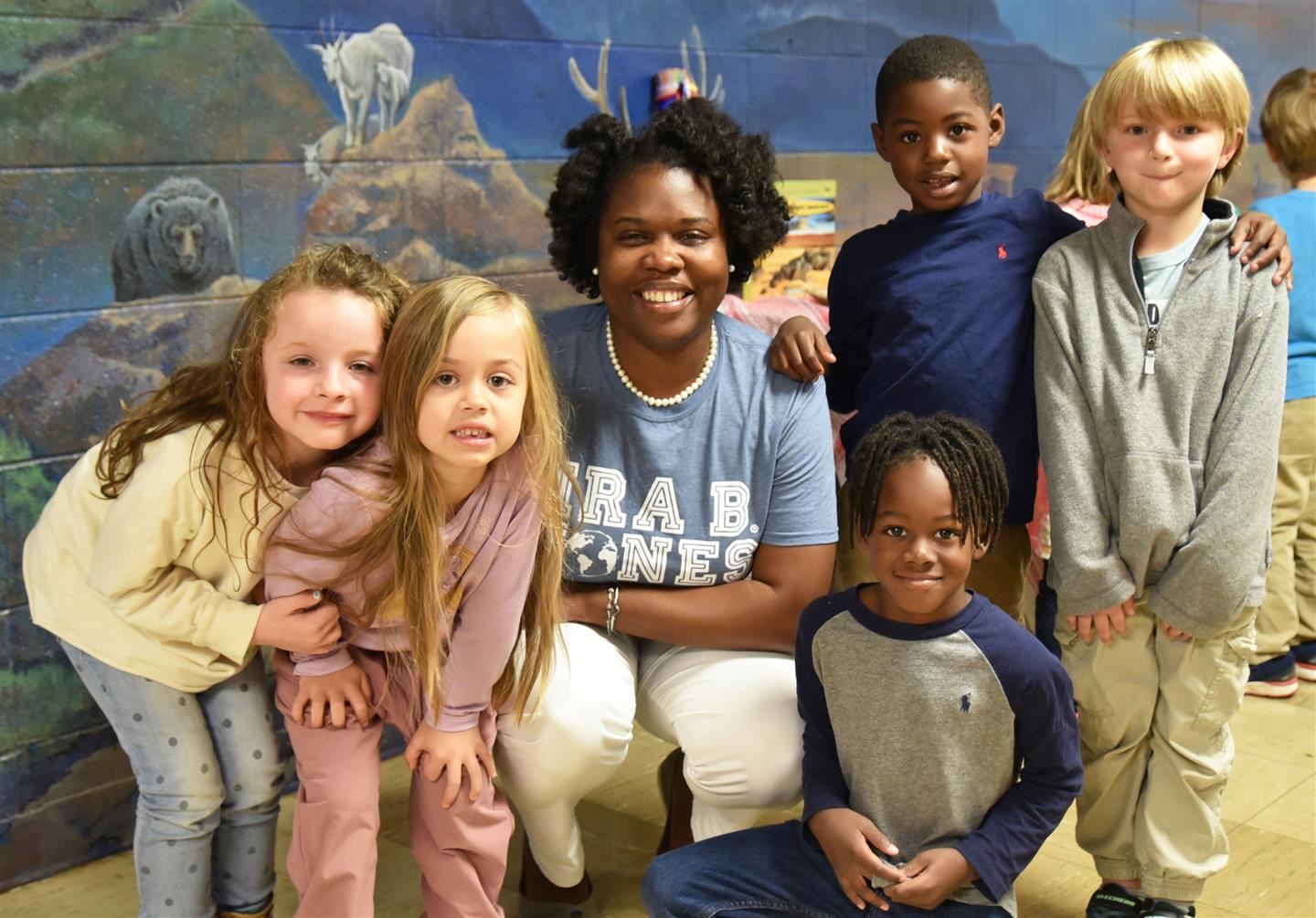 A native daughter of Alabama, I began my teaching career in 2000 with the Rialto Unified School District in San Bernardino County, CA, where I taught Pre-Algebra and Earth, Life, and Physical Science in grades 6-8. My husband's job brought our family to Asheville in 2005. I joined the faculty at Asheville Middle School from 2005-2010, where I taught Pre-Algebra and Algebra I.

During my tenure at Asheville Middle School, I took on a leadership role to ensure equitable access to the mathematics curriculum by developing and implementing an after-school and Saturday math program called The Algebra Academy. It was designed to assist students of color in mastering Algebra -- considered the gateway to higher-level math courses and a predictor of college attendance. The Algebra Academy operated from 2006-2010, at which time I started a new position as the math coach for Hall Fletcher Elementary (2010-2011). I was recognized for my work with the Algebra Academy by Dr. Robert Moses, a key student leader in the Civil Rights Movement, and the University of North Carolina's Multicultural Center. Featured in an Asheville Citizen Times story entitled "Project Targets Math Literacy," The Algebra Academy has received national attention and was cited on the Algebra Project's website, which Dr. Moses founded.

In 2008, I received the Asheville City Schools' Outstanding Teaching Award. I was also honored by the NC Council of Teachers in Mathematics when they named me the Outstanding Secondary Math Teacher in the State. I'm licensed in School Administration, Middle Grades Mathematics (6-9), and Middle Grades Science (6-9). A proud alumna of Tuskegee University, I graduated with a BS in Biology. While attending the University, I was a member of the NASA Research Project. I received my M.Ed in Educational Leadership focusing on Administration from East Tennessee State University in 2010.

I volunteer in my community and have served on the board with different organizations that work to empower children and their families to reach their full potential through advocacy, education, and services.

I am also a member of Delta Sigma Theta Sorority, Inc., a public service organization that works to eradicate educational, social, and economic inequalities.

I value being an overtly student-focused educational leader, firmly committed to developing students and staff while supporting a stimulating and engaging learning environment for all students. I am an equity-centered instructional leader who believes students must feel safe at school, be authentically engaged in culturally relevant and responsive experiences, and be provided with higher-order thinking and problem-solving opportunities. I am a firm believer that positive and strong relationships are the foundation for student growth and development.

I enjoy scrapbooking, baking, cooking, watching movies, and spending time with my family during my free time. I live in Black Mountain with my husband, Demeseh, and our three children, Kokayi, Keyvaun, and Ashanti.

Hello Ira B. Jones families and friends! I am so grateful to be joining your community. Before my journey in educational leadership, I was a special education teacher for over 20 years. At that time, I had the privilege of teaching K-12 and in most academic settings, from intensive intervention to inclusion. This experience fueled my unshakeable belief that ALL students can learn and achieve their goals with the support of their families and community.

I earned my teaching degree from Appalachian State University. Additionally, I hold a master's degree in Special Education with an emphasis on Behavior Disorders and a master's degree in Educational Leadership from Western Carolina University. My goal is to earn a Ph.D. in education and become a professor after I retire from K-12 education.
My daughter Emma Grace and I dream of traveling when I am not at school. We recently went to Venice, Italy. It was our first trip out of the country together. We ate our weight in pasta and gelato, learned to row a gondola, and rode a high-speed train to Florence. I also enjoy cooking, running, watching and reading about True Crime and Spies, and meditating.