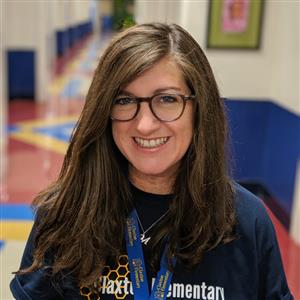 Orginally from Rome, Georgia and Ms. Nichols received her B.F.A. from the University of Georgia. She taught middle school art for three years outside of Atlanta before moving to Fort Collins, Colorado, where she lived for nine years.

She earned two master's degrees in both Educational Leadership from Colorado State University and Gifted Education from the University of Northern Colorado. She was the Gifted Education Curriculum Coordinator in Fort Collins for five years, and then moved on to be the Principal/Executive Director of Rivendell School. In 2015, her family moved to Asheville, and she worked at Asheville Middle School as one of two AIG Specialists during the 15-16 school year.

Ms. Nichols has been an assistant principal and Claxton parent since 2016, and we are excited to have her on board as our interim principal for the rest of this school year.