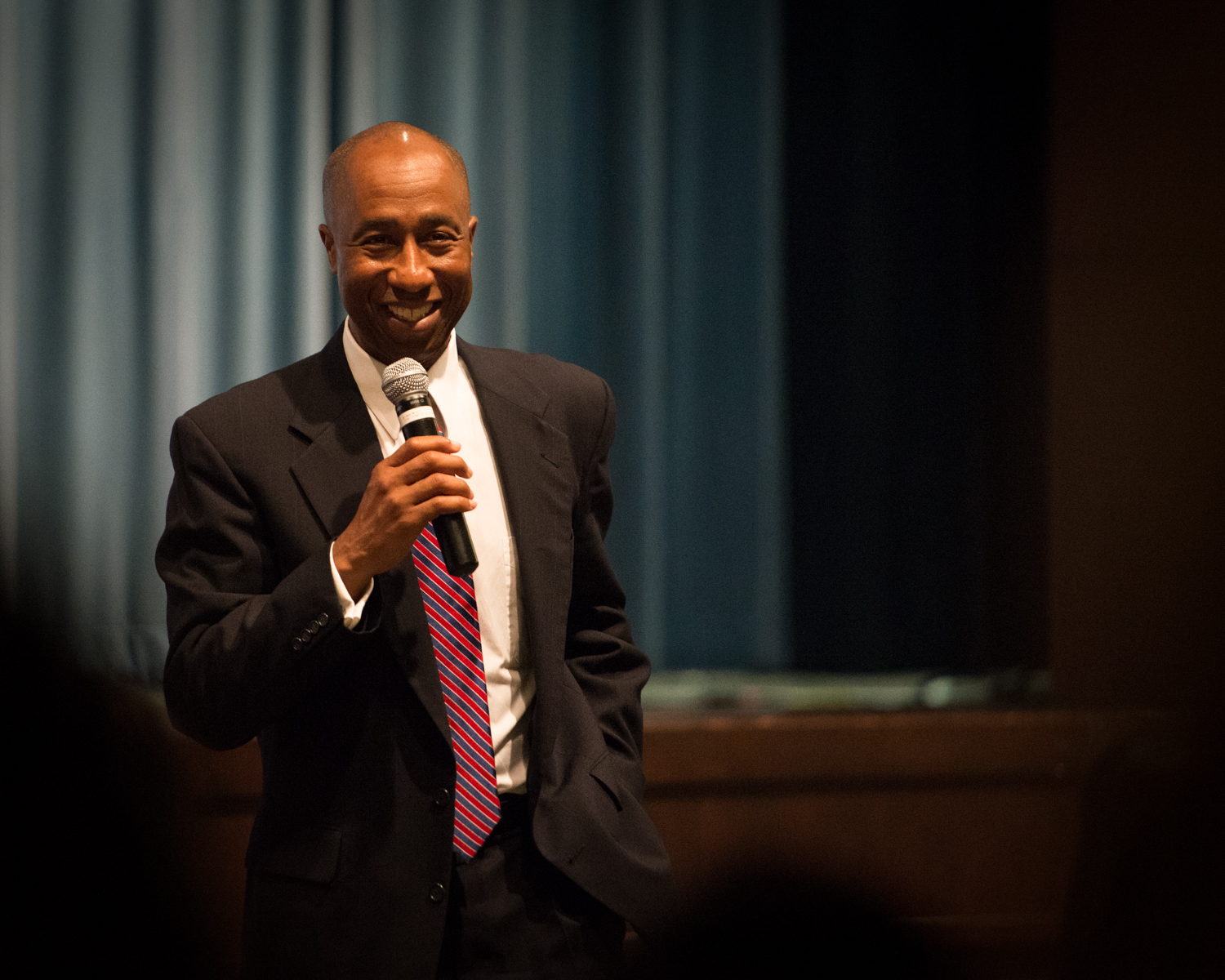 Dr. Jesse Dingle, a 19-year education veteran who currently serves as principal of Virginia’s largest high school, will become the new principal of Asheville High School, arriving on June 19, 2017. Dingle was selected through a national search over the past several months and with input from a school-based interview team.

“We are so happy to bring another strong leader to our administrative team,” Superintendent Pamela Baldwin said. “Dr. Dingle is a visionary who understands what good teaching looks like and who has compiled an impressive track record of building a positive school culture, caring about students and promoting academic success.”

Dingle began his career as an assistant principal at Durant Road Year-Round Middle School in Raleigh, NC in 1997 and has since served as the principal of two elementary schools, a middle school and a high school, all in the Raleigh area. During 2008-09, Dr. Dingle was the director of Talent Management and Development for the North Carolina Department of Public Instruction. He was principal of Chapel Hill High School from 2009-12 and of John Handley High School in Winchester, Va., 2012-2015 prior to his current leadership role at TC Williams High School.

“I am extremely honored to have been chosen as the next educational leader of Asheville High School,” Dingle said. “As I told the interview committee, Asheville High School is, without a doubt, a hidden gem with awesome potential. I look forward very much to meeting and working with the entire school community.”

Eight finalists were invited to interview in a two-phase process that included submission of a school improvement plan presentation from each candidate. Five individuals accepted the offer and were interviewed by a committee that included teachers, a counselor, interim principal Robyn Weinkle, a parent from the PTO and an administrator from Central Office. This school-based team then referred two finalists to interview with Superintendent Baldwin and her Leadership Team. Phase two was completed when Dr. Dingle was selected as the best fit for AHS.

Dingle received his Bachelor of Science in Education from Appalachian State University, a Master of School Administration from UNC Chapel Hill and his Doctorate from NC State University. He is a member of the National Association of Secondary School Principals and the Association for Supervision and Curriculum Development.

Dr. Dingle’s current school, TC Williams High School, was featured in the 2000 film “Remember the Titans” and told the true story of a newly appointed coach and high school team during their first season as a racially integrated unit.

Asheville High School’s interim principal, Robyn Weinkle, will complete his contract on December 21 and return to retirement.  “Mr. Weinkle will be greatly missed by Asheville High School’s staff, students, parents, and community”, Baldwin said. “He stepped into service last summer on very short notice at a school he loved -- his alma mater, Asheville High -- and has worked tirelessly from day one to serve the school and its community.”

Dr. Terrence McAllister, the district’s Assistant Superintendent of Teaching and Learning, will assume the role of Acting Principal at Asheville High School after the Winter Break.  McAllister will lead Asheville High and ensure a smooth operational transition until the arrival of Dr. Dingle in June.

Asheville High School serves a diverse student enrollment of 1,074 with a staff of 152. The school is known for its broad Advanced Placement program, an outstanding Career Technical Education curriculum, quality visual and performing arts classes, the Advancement Via Individual Determination (AVID) program, an award-winning MCJROTC Unit and a wide variety of opportunities for student-athletes. For the past eighteen consecutive years, AHS students have far exceeded both the state and national averages on the SAT exams.